Every IT manager should read this article: Making Business Service Management a Reality . I think the original title, “BSM Evolution – The CIO / Ops Perception Gap”, more accurately reflects the essence of the issues it draws out.
* CIOs prematurely believing they have a handle around running their software services
* VPs of Ops afraid to admit that they’ve just begun a long journey that assumes continuous improvement approaches and no one time fixes
* No clear visibility from the biz level into the level of quality of service operations delivered by the CIO on down through the tech management ranks
* The need to focus on fundamentals

The article made me think of the strategies put forth in the Visible Ops book. But, even more so, it really indicates the need for true visibility into how ops is conducted at every level (no obfuscation tolerated). 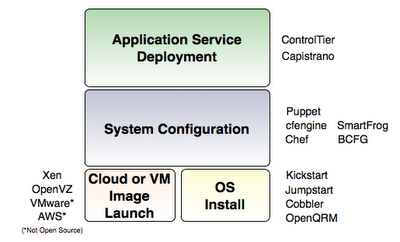