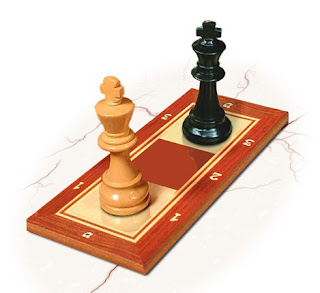 Martin J. Logan @martinjlogan is the founder of DevOps.com and the DevOps Chicago meetup group. He is also an Erlang hacker and co-author of Erlang and OTP in Action. In his spare time, he serves as Director of Merchandising, SEO, and Mobile Technology at Orbitz Worldwide. In a former life, I had the pleasure of working with Martin on what would now be called a Platform as a Service (PaaS) team at Orbitz.

> @mattokeefe: Martin, when did you first hear about “DevOps”?

> @martinjlogan: For me it was about 10 years ago. I was working at a place called Vail Systems for one of the Camp DevOps speakers, Hal Snyder. He implemented CFEngine back then and got the company to a state of rather high production environment automation. I subsequently left Vail and thought for sure that moving on to larger companies I would be witness to amazing automation when compared with what I had seen at little ol Vail with Hal. I was shocked to find out that this was definitely not the case. This was the genesis of my discovery of DevOps and formal Ops automation which at the time was not called anything of the sort.

> @mattokeefe: Hal is working with you again now at Orbitz. Did you help to attract him with the mission of implementing DevOps-style automation?

> @martinjlogan: Indeed I did. I brought Hal in to Orbitz for a presentation on CM automation about 3 years ago. Everyone was impressed with the talk but the organization at the time was not quite ready for what he was showing us. Well, since then Orbitz has come a long way. Hal impressed our head of operations, Lou Arthur, that first time and I of course kept his name fresh in peoples heads. Some time later Lou, Hal and I had lunch some and Hal elaborated some very exciting concepts in automation; I think it was a done deal after that and an offer went out.

> @martinjlogan: Well, that is an interesting question indeed. Companies tend to invest more heavily on the development side looking at Ops as more of a cost center than a driver for returns. DevOps is working to change this mentality. Spending money on broadening Ops is in line with looking at Ops as a revenue generator and I think most places are a bit unbalanced in this respect. At the end of the day though, I am looking for both. We need an engineer that is a sysadmin, or a sysadmin that is an engineer, and we need this person to help us build our Ops as a service that is more and more sophisticated and conducive to the efficient release of software to our customers.

> @mattokeefe: Can DevOps work in a company with highly centralized Operations? ITIL?

> @martinjlogan: There is a lot of technology that underpins DevOps and Continuous Delivery particularly but in a lot of ways DevOps is about breaking down walls. In a large organization there are a lot of walls. Any given organization will have appetite or see value, and subsequently benefit from, breaking down some of those walls.

> @mattokeefe: In some Agile orgs, walls are broken down by co-locating teams with all disciplines seated in the same area. Is this a good idea with DevOps too, or is it enough to perhaps have a war room where you can sit down together when needed?

> @martinjlogan: I am a big believer that DevOps is an extension of Agile in many ways. It is really taking Agile to its logical conclusion. In Agile we say, done means tested. Taken to its logical conclusion done means in production (in production of course implies tested). Agile is also again about breaking down walls and fostering the communication and feedback loops that allow for empirical process control to actually happen. If I want to be really Agile then I want to know when things are going wrong in in production, I want the whole team to feel the pain and solve the problem together and learn together and implement controls and improvements that solve the problem moving forward. I want them to own that together – so yes, I think sitting together fosters such more than does the use of a war room here and there. That said, I think putting whole teams in windowless rooms that were once used for meetings is cruel and unusual.

> @mattokeefe: What are some of the tools that your teams are using today? Do you find that developers and sysadmins have different preferences for tools?

> @martinjlogan: We have quite a variety of tools here. We are certainly big users of Graphite on the monitoring front. We are Jenkins users as well. We are moving over to Git in many places throughout the company. One of the reasons being that it fits in quite nicely with many third party tools like Gerrit. There is definitely some difference in the tools Dev and Ops naturally gravitate towards. I think this is natural. For example Ops has been a proponent of Puppet while there is a strong dev contingent advocating glu.

> @mattokeefe: Which session are you looking forward to the most at Camp DevOps?

> @martinjlogan: That is honestly a tough question. There are quite a few big brains presenting. Jez Humble is amazing and his book Chris Read speak a while back and he really impressed me as well with the tremendous depth of hands on practical knowledge he has. John Willis is also fantastic, he is quite a personality and has done so much for DevOps, not to mention the Chef expertise. It is honestly a difficult one to call. I guess if I had to pick for me right now, Pascal-Louis Perez. He was the CTO at Wealthfront where he moved them onto Continuous Deployment. Certainly doing such a thing for a financial services company takes some serious ingenuity. Very excited to learn from him. Really though, I am looking forward to the whole thing.